The brothers Landschütz are product designers. Together with Susanne Wilke they form the creative office SALZIG Design, which acts in design, architecture and public art since 2006.

Both of the brothers are passionate athletes. Skateboarding, Snowboarding, Surfing or several team sports – it has been and is an inherent part in their life.

After visiting the first Hocktoberfest in 2006, the championships in Hockern, organized by the 1st Kieler Hockstar Association, the enthusiasm for Hockern has caught the brothers. Both started Hockern by themselves and built a number of prototypes.

„We will produce and realize the first Sporthocker of the world, ready for serial production.“

In a little while the first drafts and innovations were developed. Stephans diploma thesis, countless Tests and a close collaboration with specialized business companies led to the realization of the first Sporthocker of the world, ready for serial production. The one and only synthesis of sports equipment and seating furniture was awarded with the „Bayerischer Staatspreis für Nachwuchsdesigner 2008“ in the section “Interior Design”, got the third place at DDC in its section „Future“, won a prize at the „iF concept award 2009“, was nominated for the „Designpreis Deutschland” in 2010 and 2011 and was a finalist at the ISPO Brandnew Award 2011. The SALZIG Sporthocker SH2 got the Plus X Award 2012, in “High Quality” and “Design”, it was nominated for the “Designpreis der Bundesrepublik Deutschland” 2012 and was awarded with the Good Design Award 2012!

The brothers still hocker every week and invent new tricks together.

SALZIG Sporthocker is commited to the hocker progress. 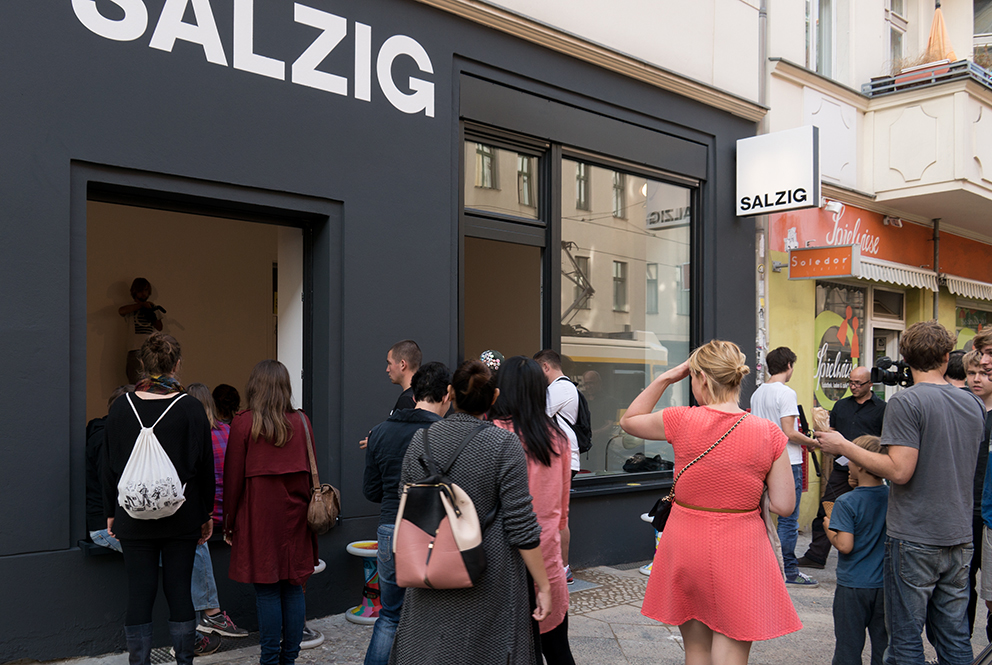