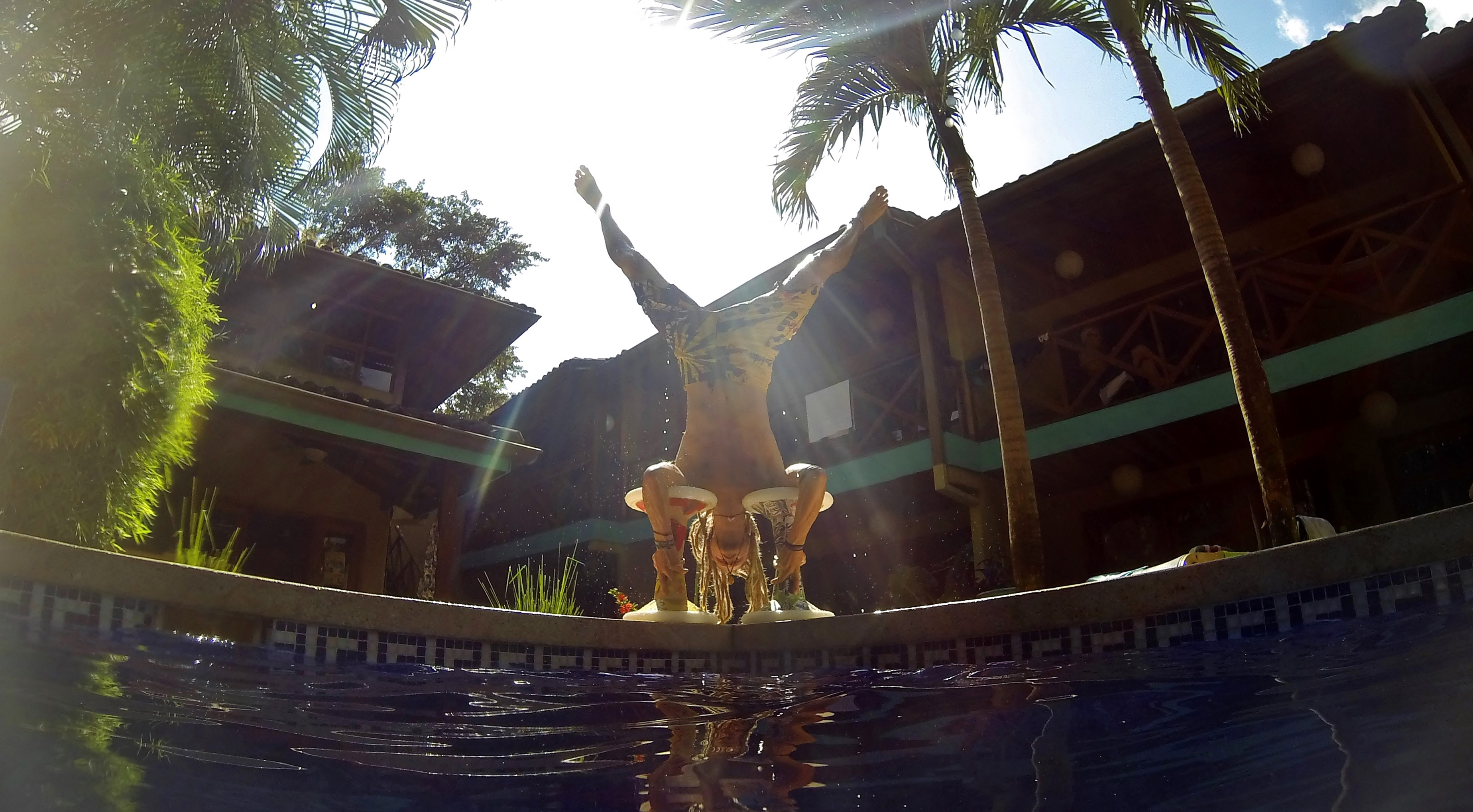 Name: Marcos (Mogli) Breitfeld
Year of Birth: 1986
Living Place: the world (Costa Rica in the moment)
How long do you hocker and how you got into it? A coincidence brought me to this! In the early February of 2013, I visited the International Toy-Fair in Nuremberg, where I met the guys of SALZIG Sporthocker (Stephan , Micha & René). A few tries and I started to like it. Two days later, I had a seven-hour workshop with Stephan and then the soreness of my life, in EVERY muscle! The first year I was the main promotor for Schwan Stabilo’s “Stripe up your Life” tour. In the Mid-2014 I even wrote my bachelor thesis about the Sporthocker and through this I created a workshop concept for working with young people.
Sporthocker Gewicht: 2,0 kg
Achievements: Winner, SALZIG Sporthocker Video Award 2014 – Best Video Idea
Nominated, SALZIG Sporthocker Video Award 2014 – Most Video Views
Other Activities: snowboarding, longboarding, surfing and travelling
Last Words: Hock`n`Travel the World & Be Free!
I would rather own little and see the world than own the world and see little of it!