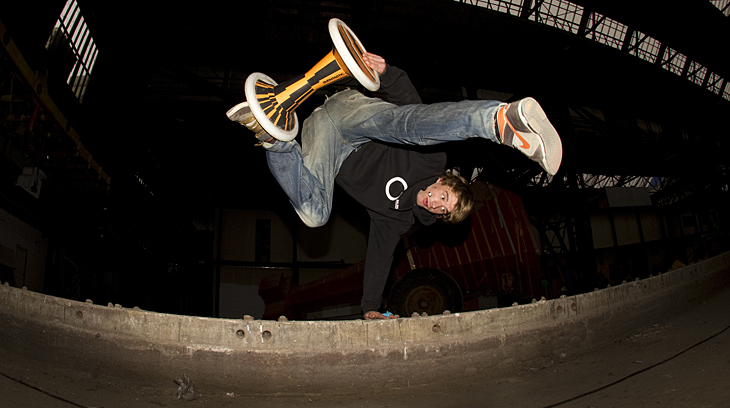 Name: Sven(tastic) Westerhold
Date of Birth: 06.09.83
Place of Birth: Herford
Living Place: Berlin
Height: 186 cm
Weight: 75 kg
How long do you hocker and how you got into it? At the juggling convention Bremen in 2008 I saw some people with Sporthocker. After complaining for 2 hours about throwing chairs around (It´s too big and bulky) I finally tried it… since then I´m addicted=)!!! The next week I ordered my first Sporthocker…
By now I own five and I´m sitting on no other chairs any longer 😉 !
Sporthocker Weight and Color Pro Model “Sventastic”, 2.0 kg
Favorite Tricks: Passing & Methoden
Achievements: Nominated, SALZIG Sporthocker Video Award 2014 – Best Male Performance
Nominated, SALZIG Sporthocker Video Award 2014 – Best Video Idea
Nominated, SALZIG Sporthocker Video Award 2014 – Most Video Views
3rd Place HockHart H.O.C.K. 2014
1st. Place, Hocktoberfest 2013 – World Champion
3rd. Place, King of Hock 2012, Battle of Hock
3rd. Place, King of Hock 2012, One Minute
2nd. Place, Hocktoberfest 2011
1st. Place, Hocktoberfest 2010 – World Champion
3rd Place, Hocktoberfest 2009
A can of beer at the EJC 2009 renegade show!!! Unfortunately I was already drunken, otherwise it could have been two cans…
Inspiration: My Hocker! The design is great!!! Furthermore Johann Wolfgang von Goethe
Other activities:
– Juggling (balls, rings, clubs, cups)
– Diabolo (also a juggling thing, looks like a miniature Hocker but you need two bars and a string.)
– Devilstick
– Poi / Meteor
Any other business:
=)Child circus(= I´m educator and love to work with children at the circus. We also use Sporthocker!!! Of course I can also mediate any other circus genre. At circus projects children learn so much and fast, you can literally hear clicking synapses, just because they have so much fun there. But adults can have the same fun, if they want. They can fall deeper, but also jump higher!!!
Last Words Hock down and chill !!! (and then cast your Hocker and let go 😉 !!!)